A work in progress#

I’ll update this more another day.

I love messing about with cameras, mostly digital. This page gathers together some of my experiments. Some of them might get their own pages eventually.

After I bought my first digital camera (A Fuji S500 I think) I spent ages glueing together gPhoto2 to try and take timelape photos using a laptop + cron + a long USB cable. I think I also used a cheap webcam at some point which is how I ended up timelapsing a racist novel being turned into mushrooms

Eventually I bought a camera especially for making timelapses, as documented on TODO link, and most of the results are early videos on up on my Vimeo page

I’ve been messing around for a few years with Solarcans and they are excellent and fun things. I’ve handrolled a few too, with thanks to Sam at Solarcans, reusing various tins and cans.

A birthday present from a good friend. The tree is sadly no longer there. The can came free and ended up rolling around in the garden for a few week, leading to some water ingress. 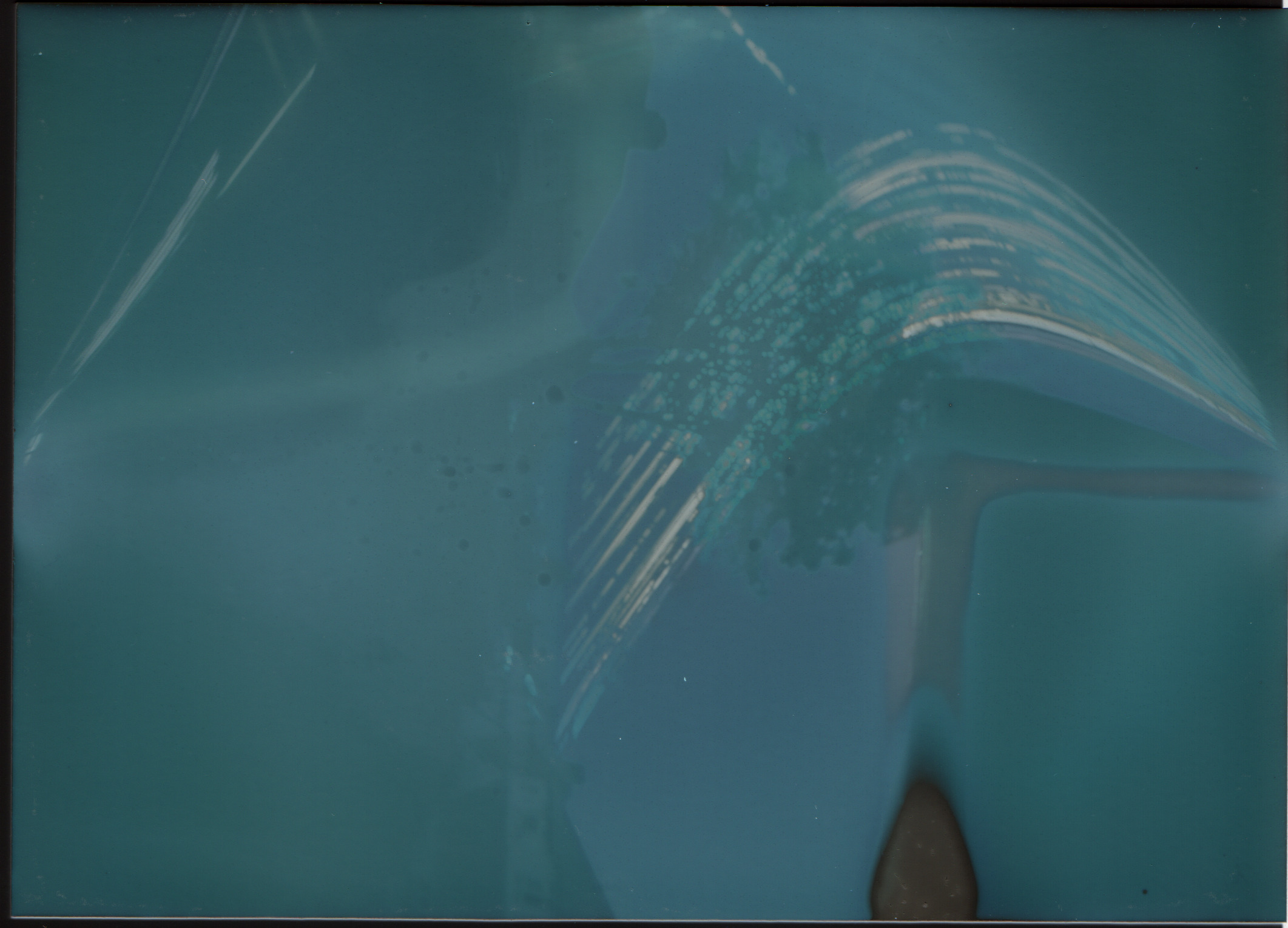 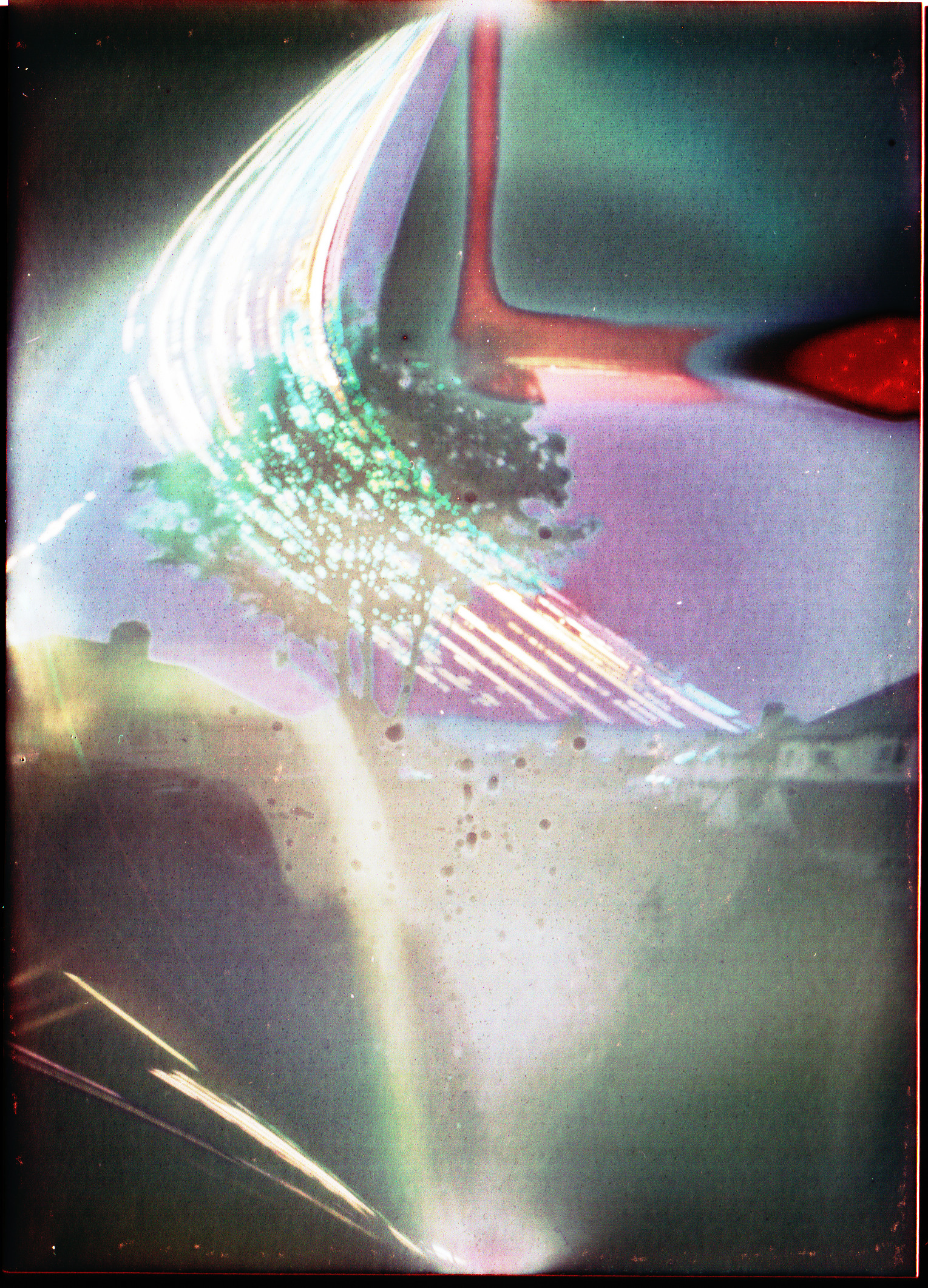 I left a can attached to a tree for 16 months, from January 2020 until April 2021 (thanks lockdown!). It must have slipped at some point, leading to the gap in the arcs. 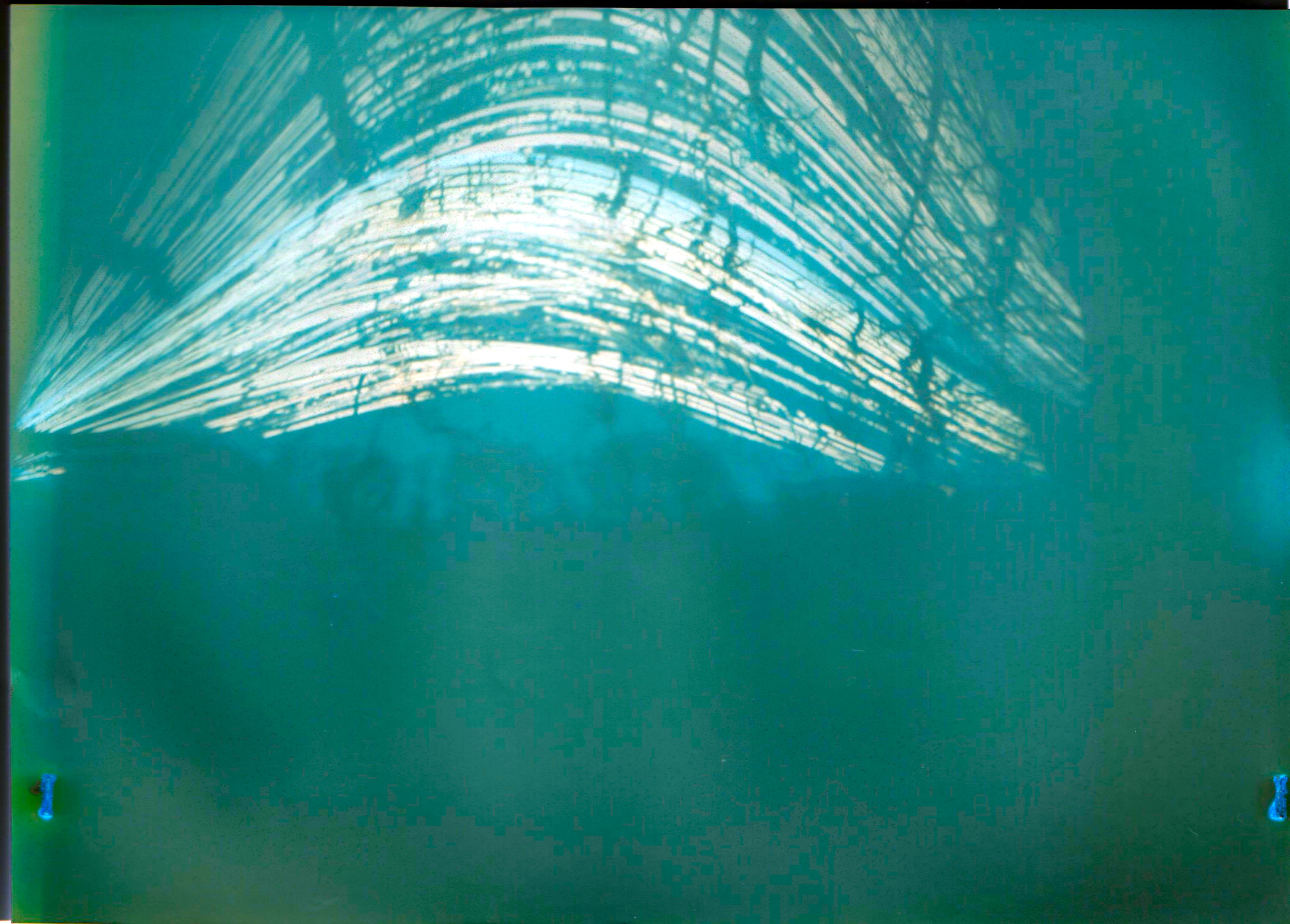 The hole was too big. 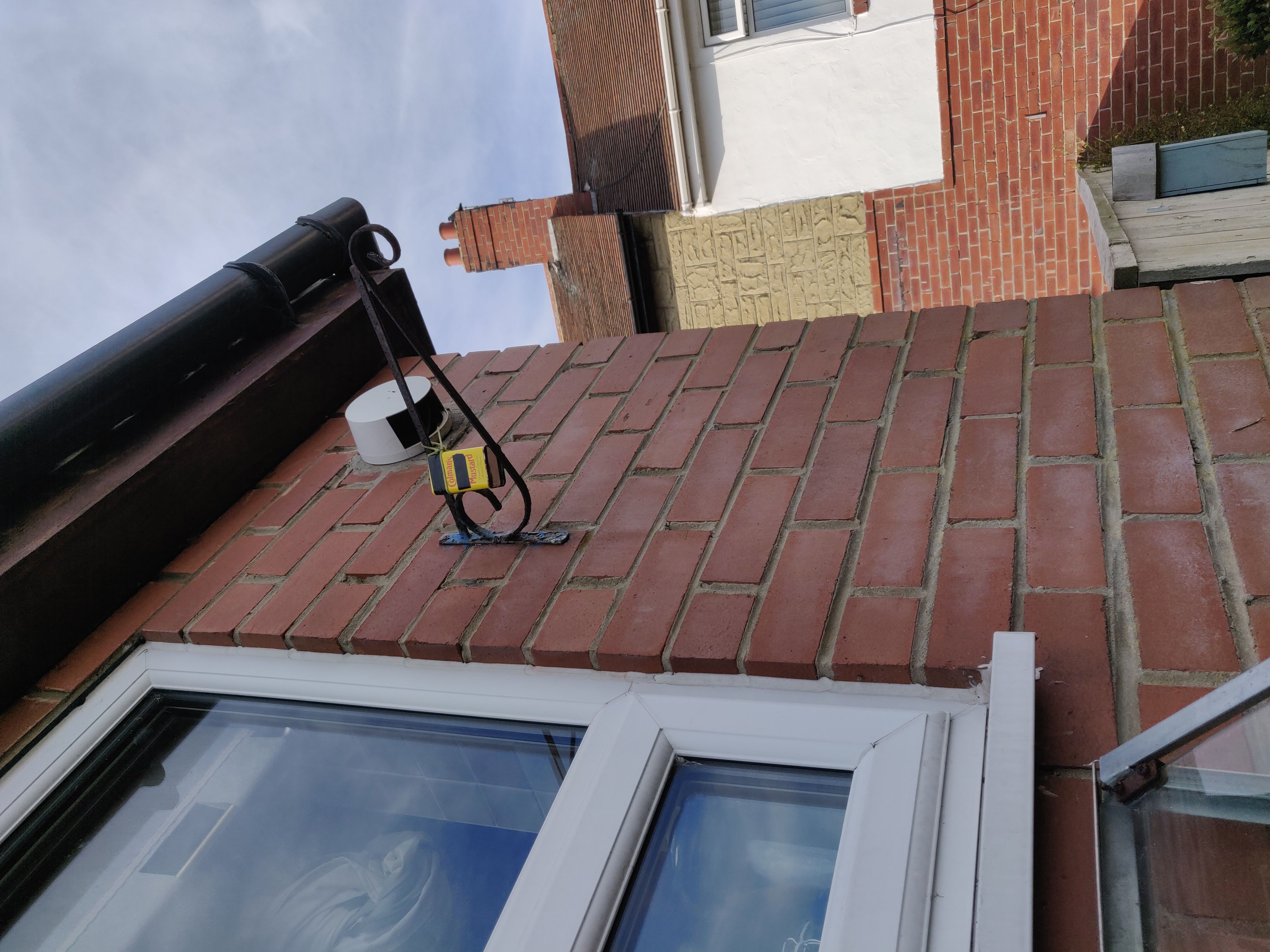 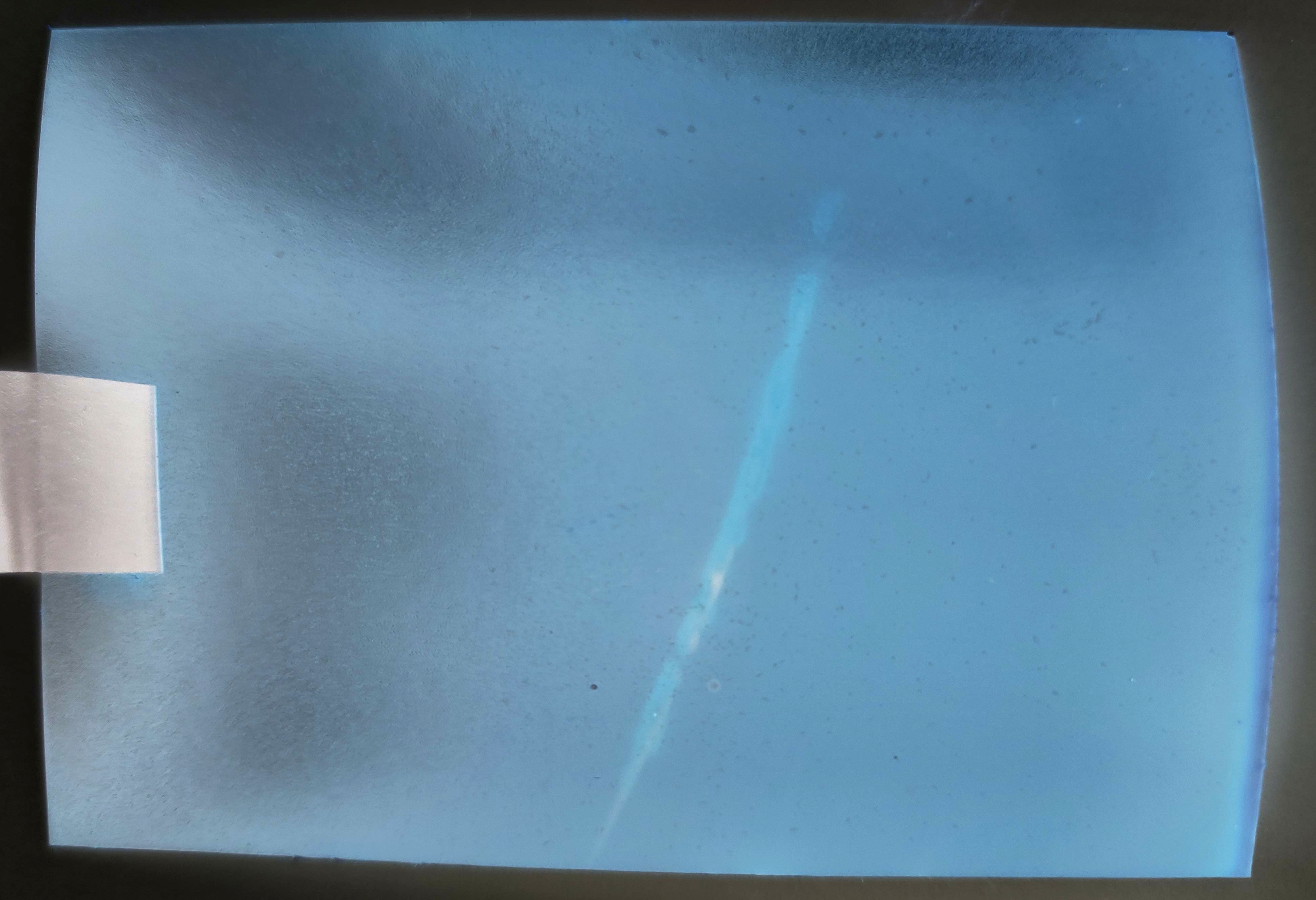 I loaded and remounted the Colman’s tin and left it for a couple of months. It turns out I’d put the paper in back to front! Luckily, a little water damage and light leakage meant it was partially exposed and some auto-lvelling in GIMP lead to this rather pleasant result.

Redbull can with 3 holes# 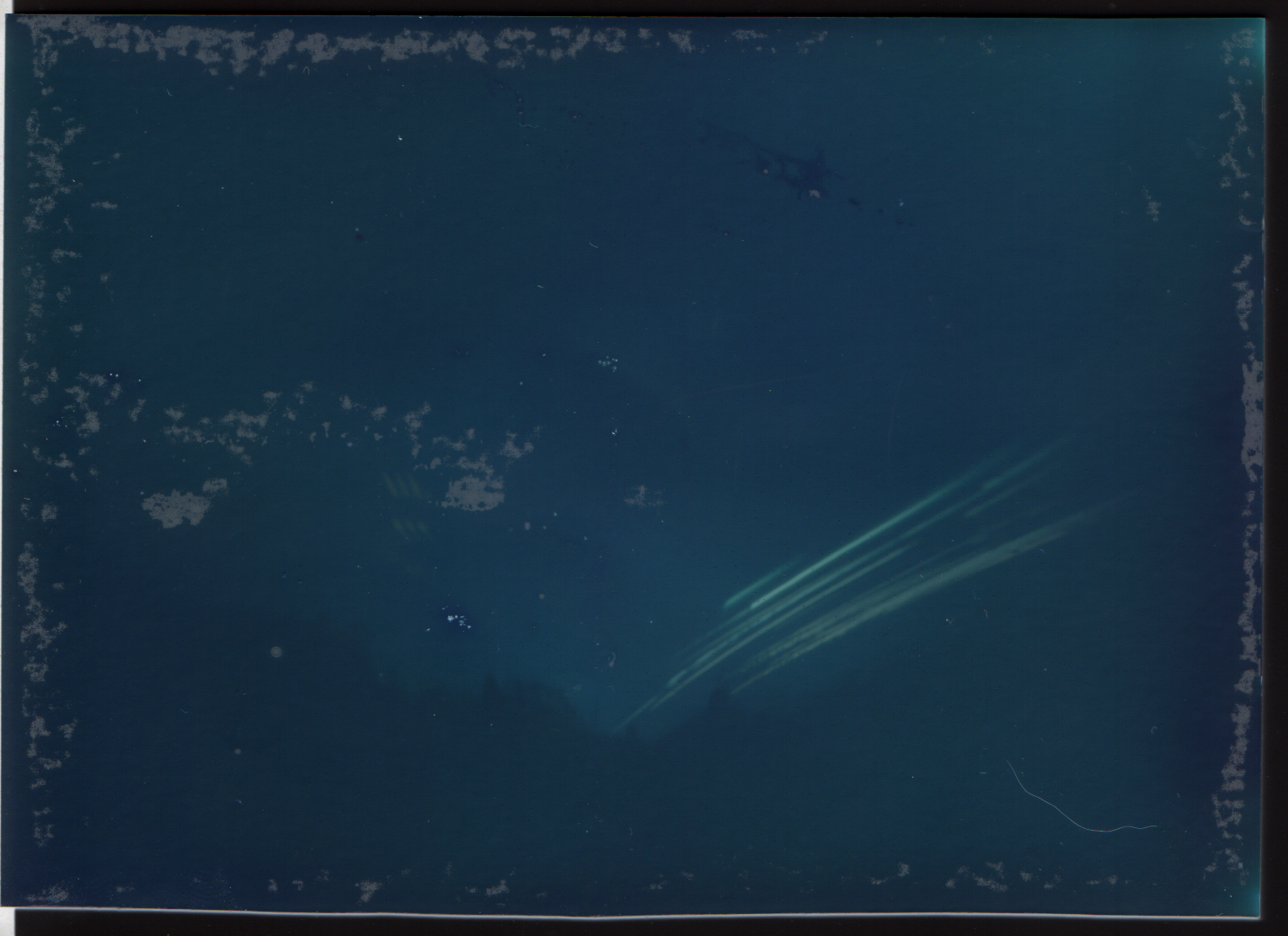 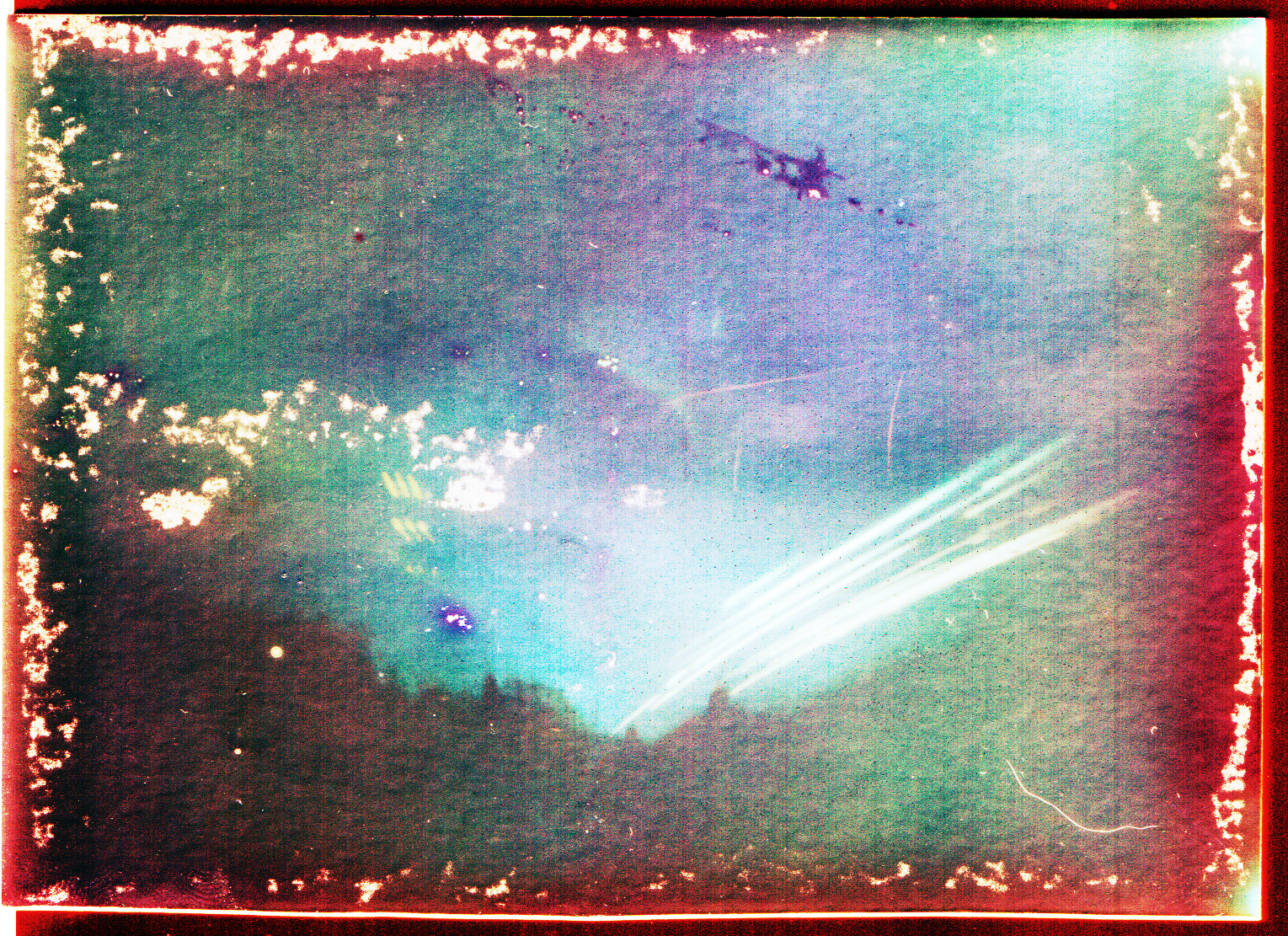 Lots of water ingress. I don’t understand why there’s not a clear trail here. 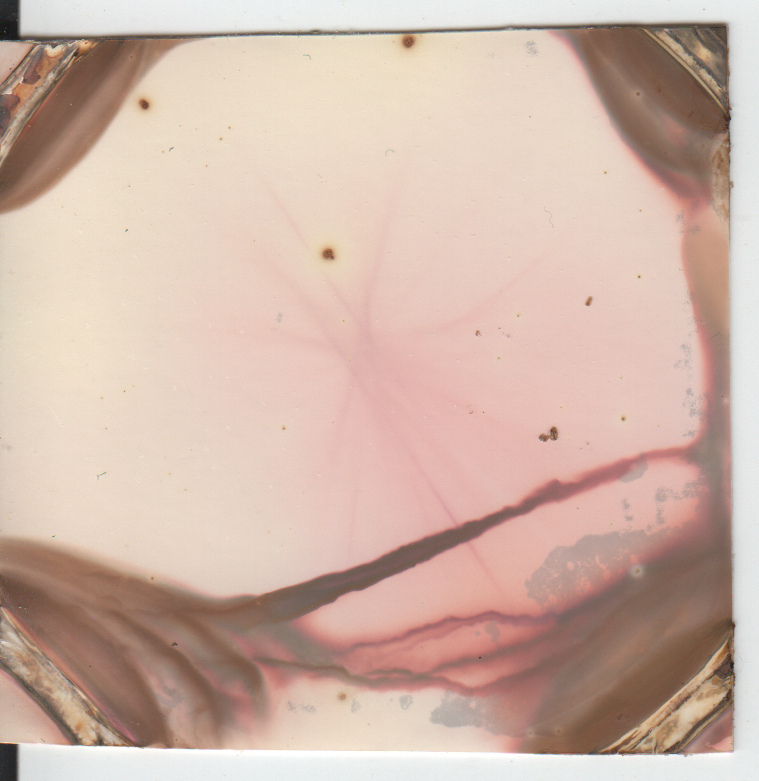 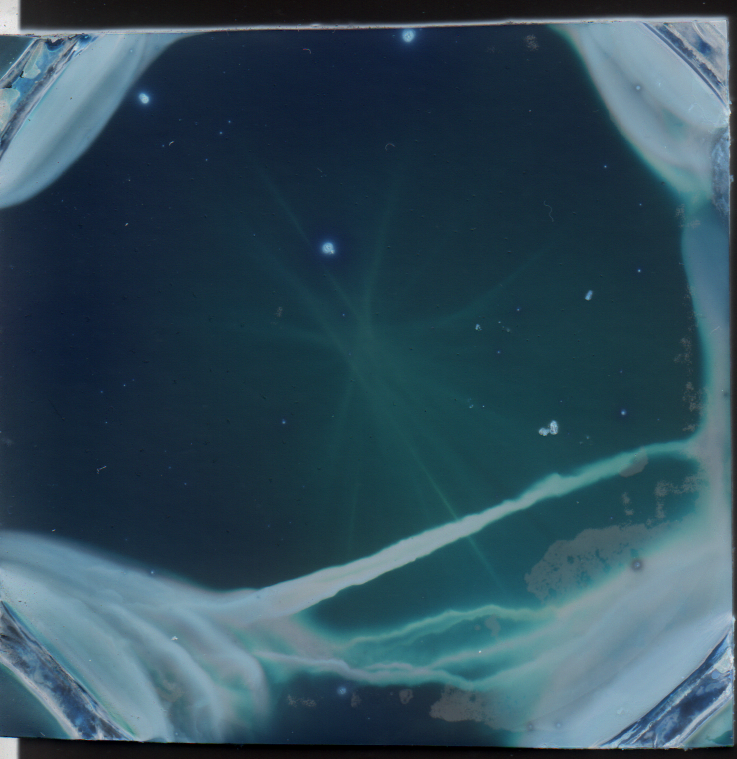 I left this can up for a few months and it went really rusty. When I opened it up the paper was stuck to the inside and needed careful peeling off. There was only one house in line with the can, so the triple exposure was pretty satisfying. 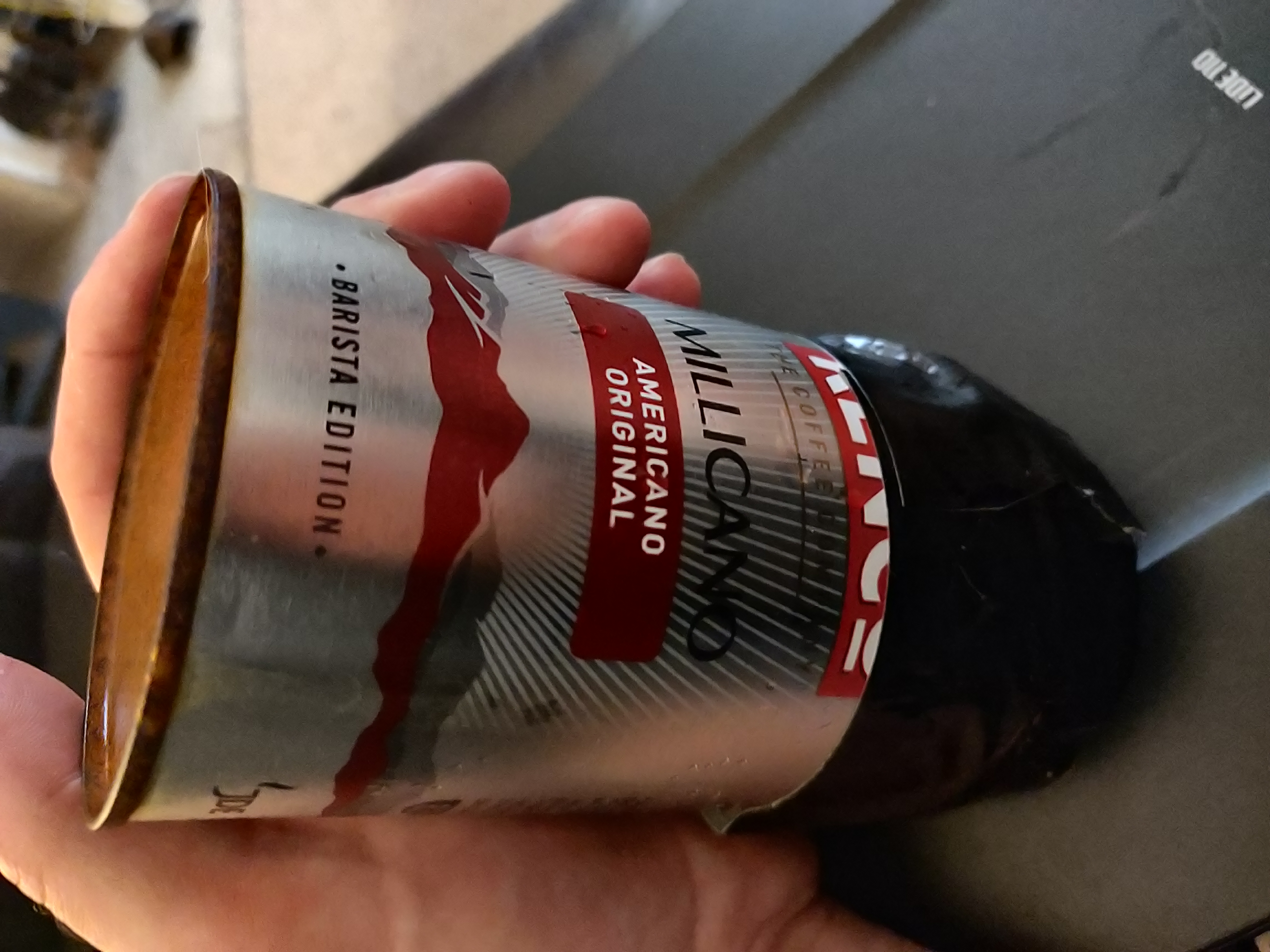 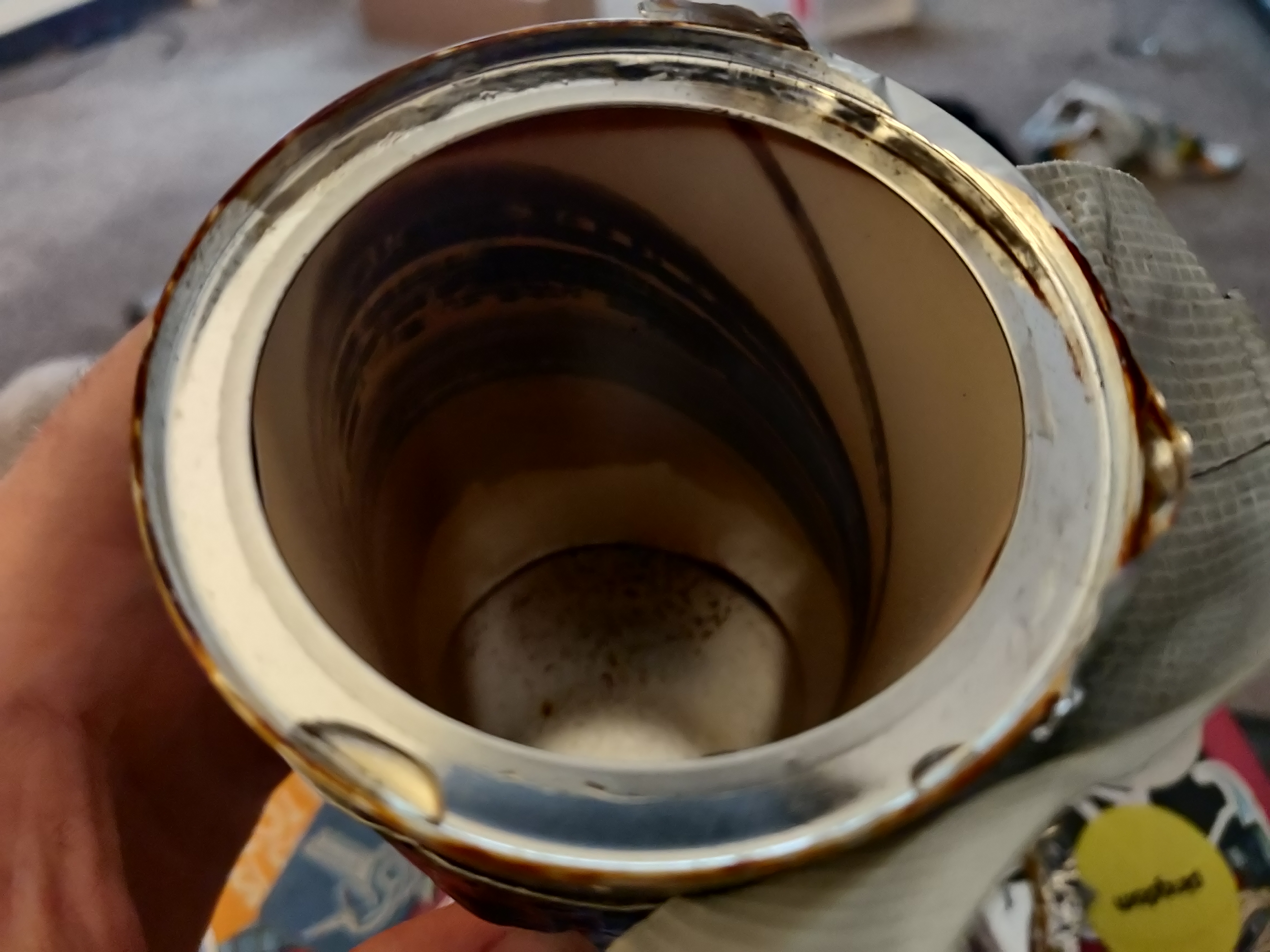 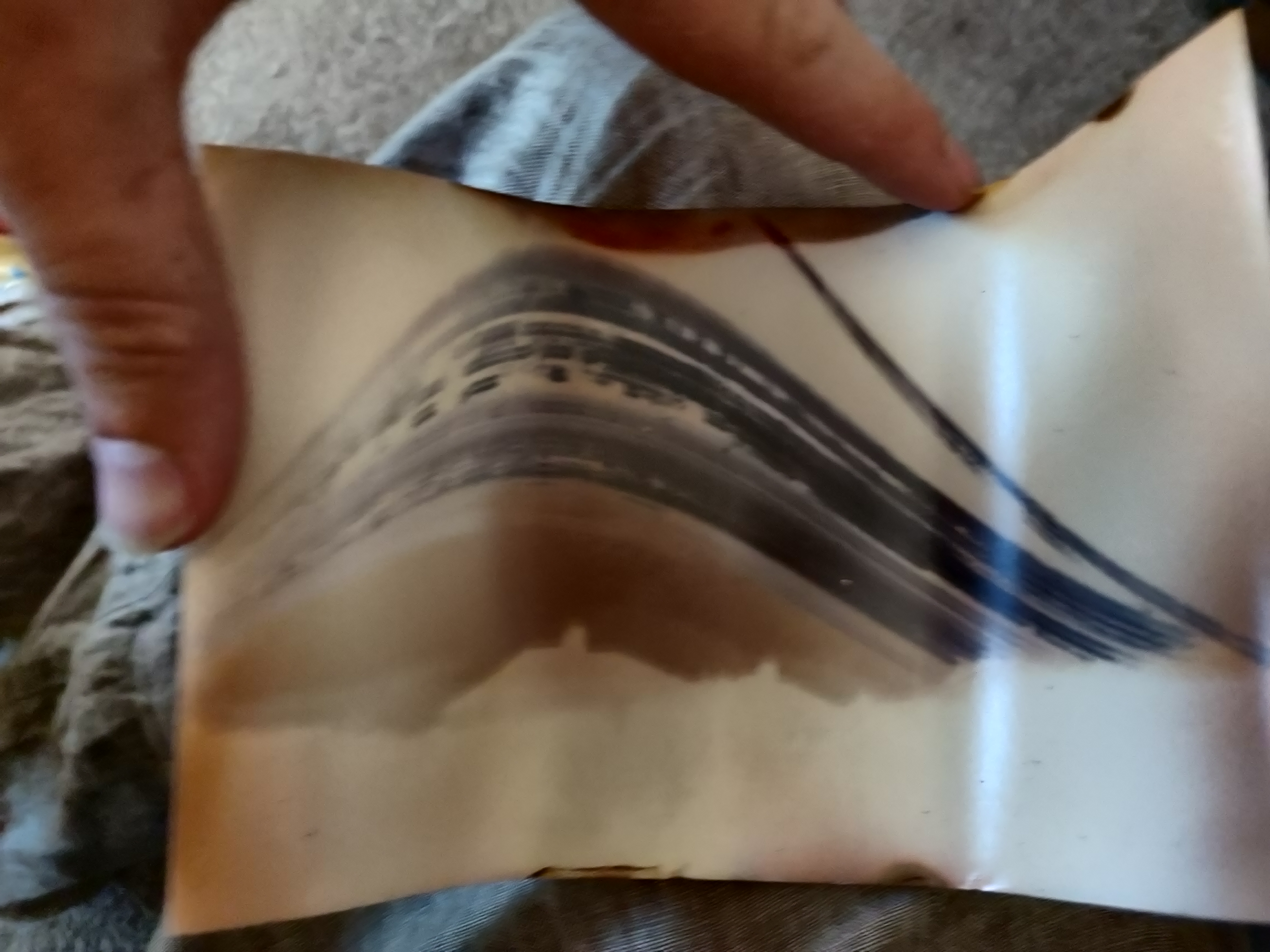 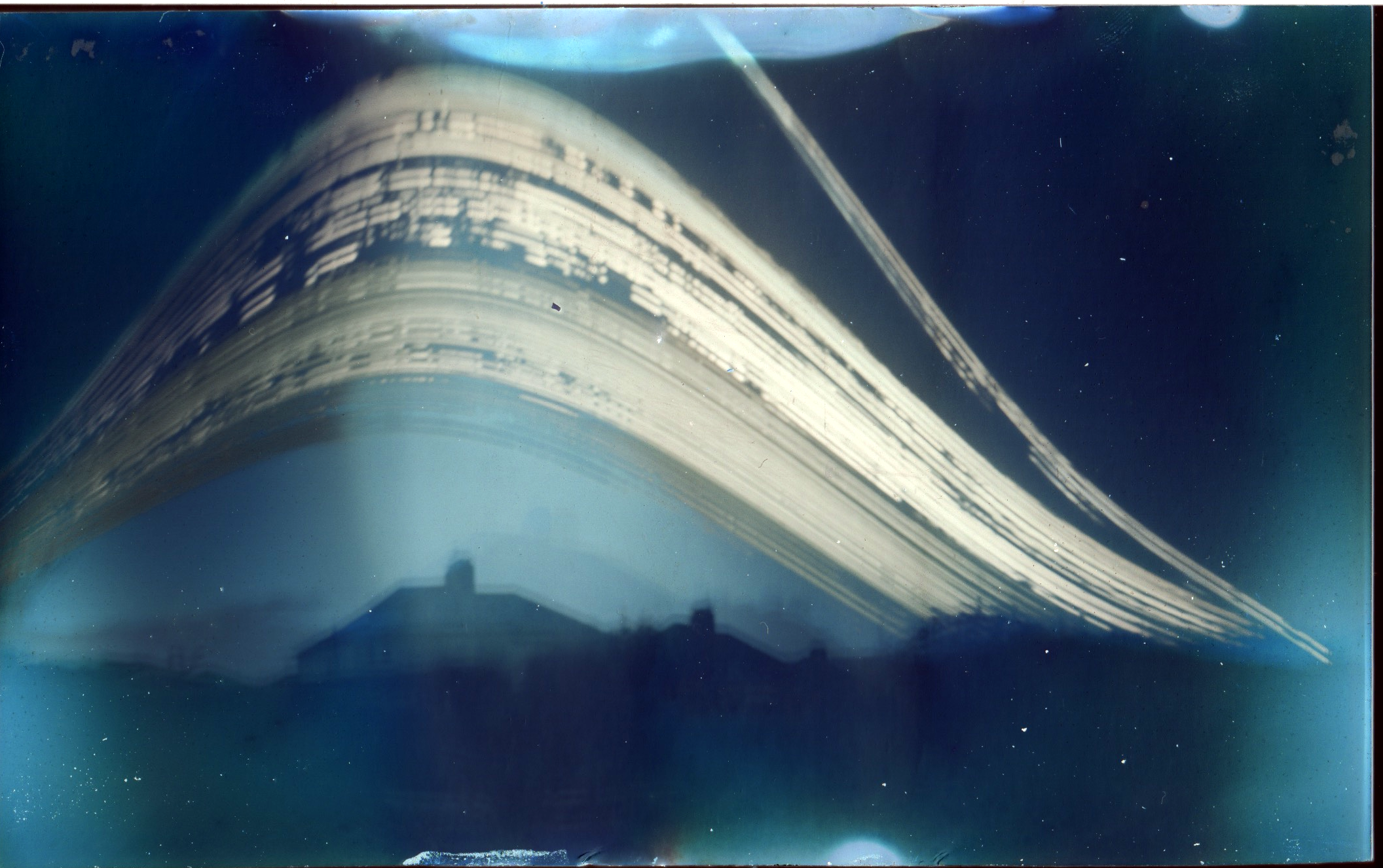 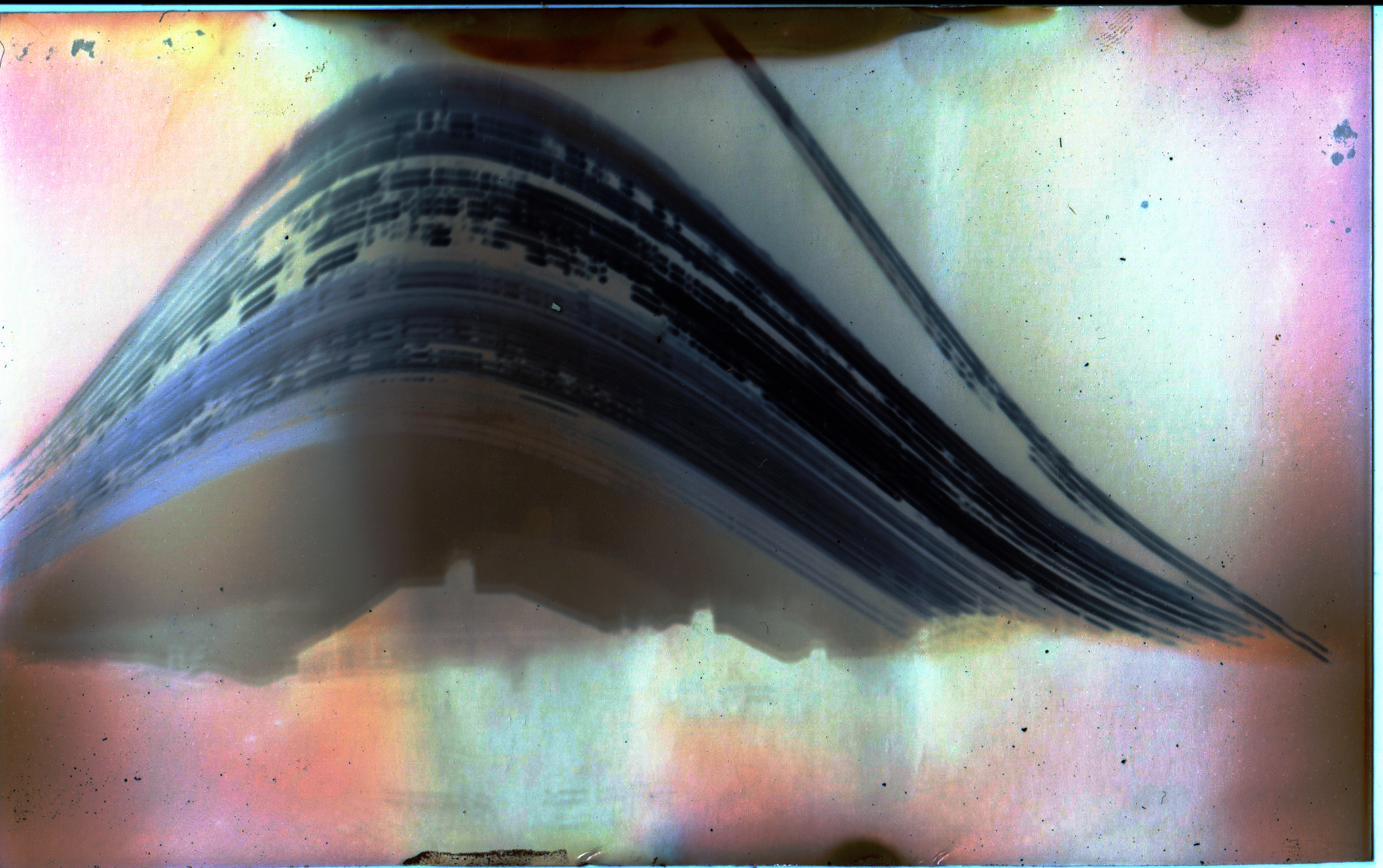 I manged to badly align it so it missed the sun. The exposure is ambient lighting and some condensation. 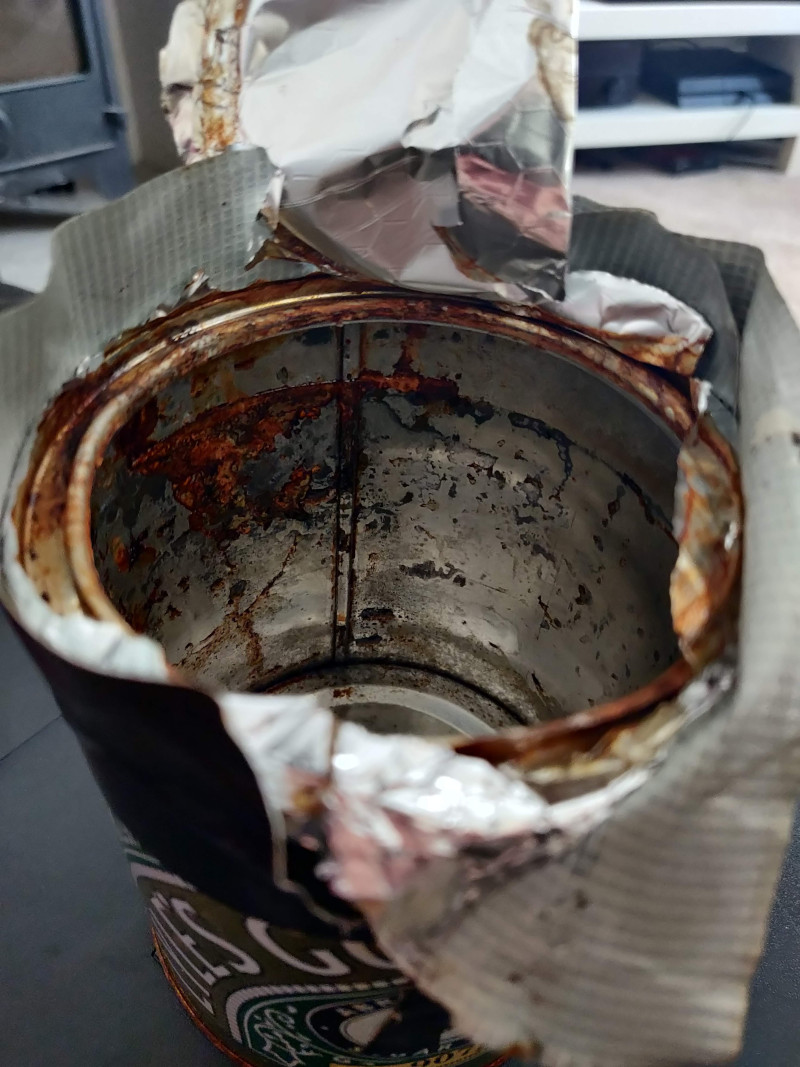 I repurposed a Pringles tube with ductape and tin foil, then stuck it on my windowsill for a few months. It was looking out though the stained glass. I was hoping to capture the patterns but didn’t. 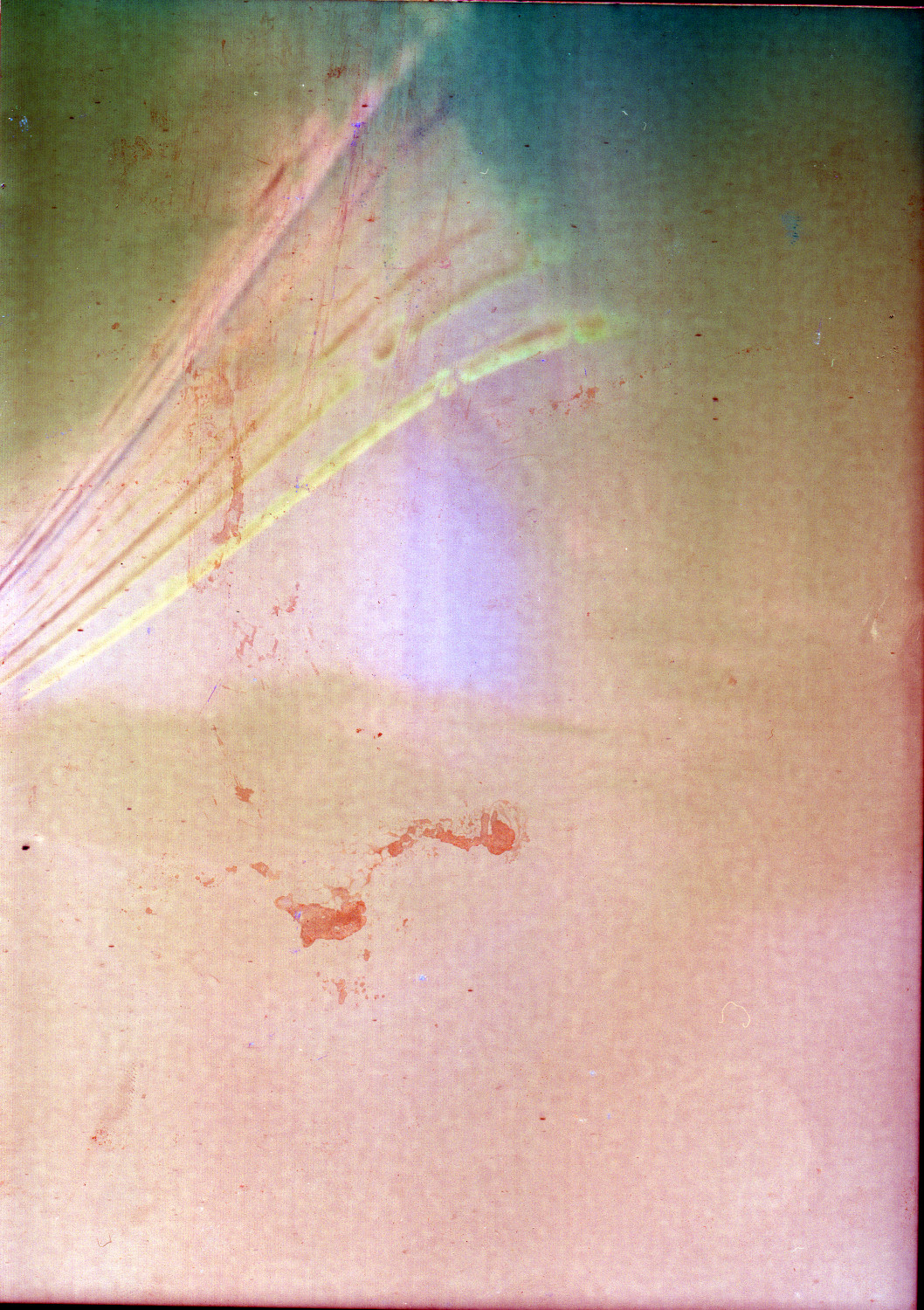 I cabletied a standard Solarcan to the windowsill so it was super stable and left it for almost a year. This is the same view as my very first one, but the tree has now gone. Because it was so stable it caught amazing detail of the top of the conservatory. I was very proud that this was featured for SolarCan Day 2020 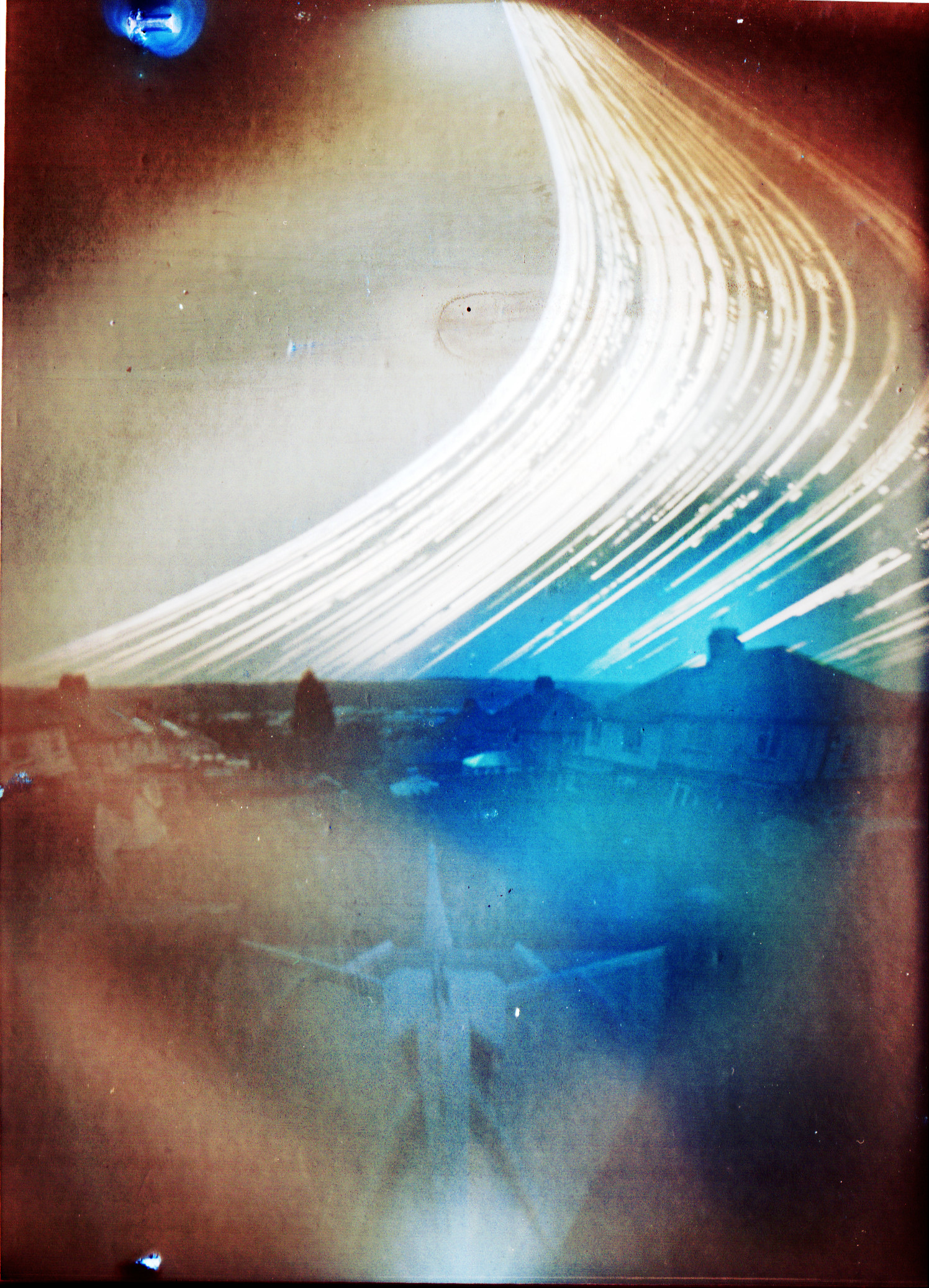 I mounted a Nebula can for 6 months. At some point it slipped, giving the double arch. The colours are blues and greys, rather than the usual sepia tones. 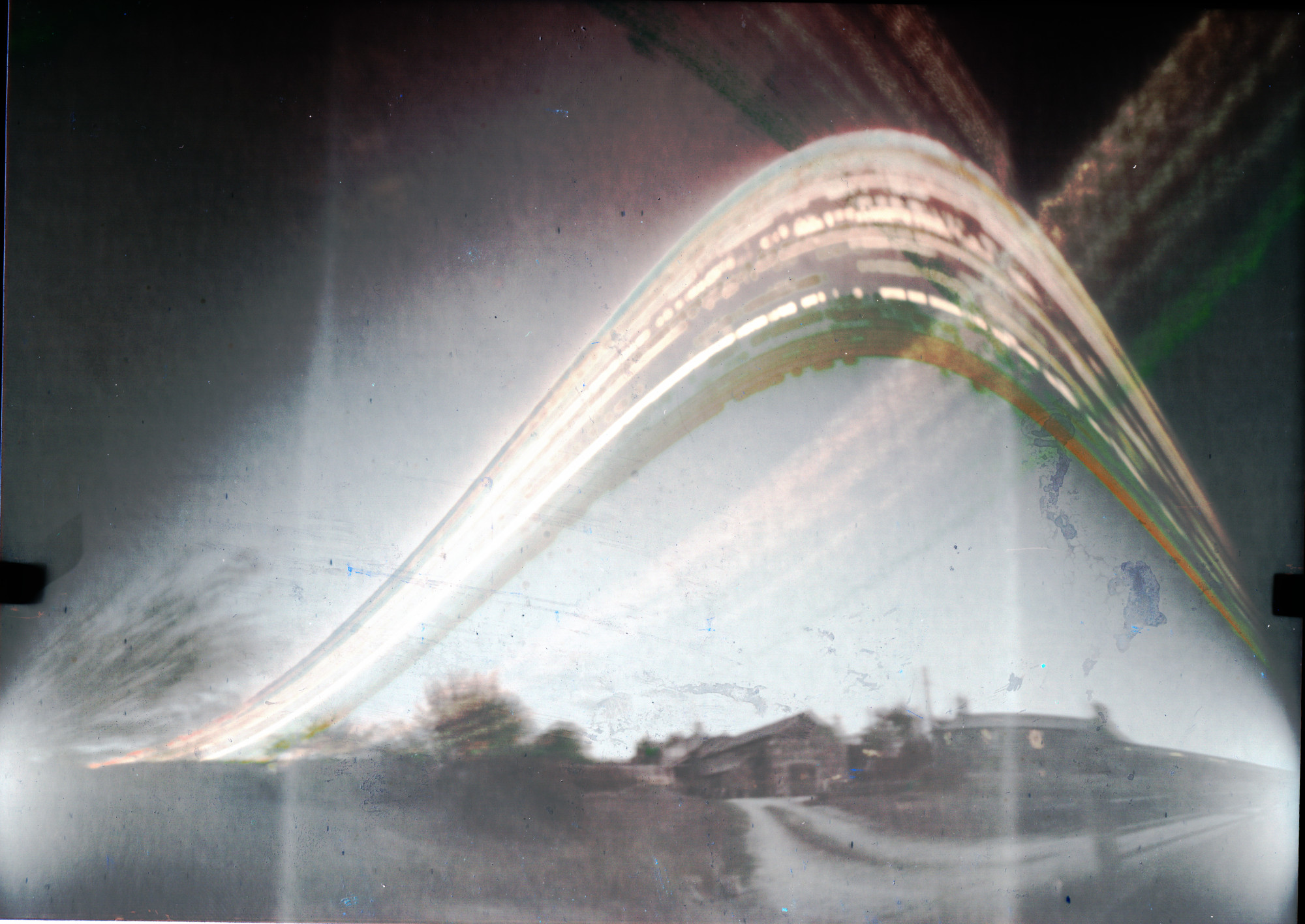 Angel of the North 4 day exposure#

I’ve tried putting SolarCans at the Angel of The North before but they’ve not survived (too much passing footfall). I figured it would be quiet over Christmas so I camouflaged a tin (brown parcel tape) and hid it in some bushes. I’ve never tried such a short exposure (only a week) and didn’t know what to expect. The weather conspired against me and was foggy all week, the sun never visable, so not a single solar trail, but a lovely outline of the angel and bushes. 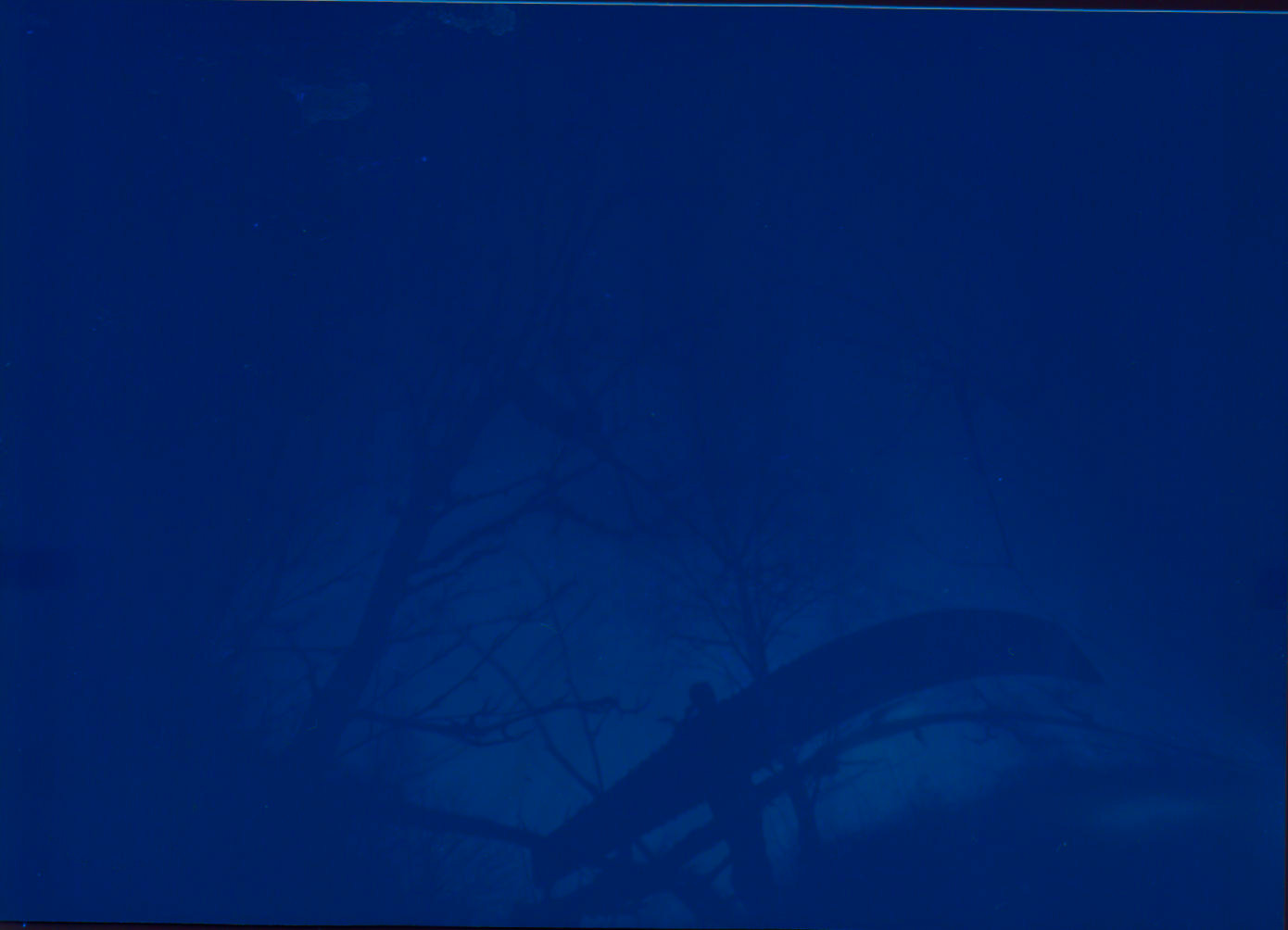 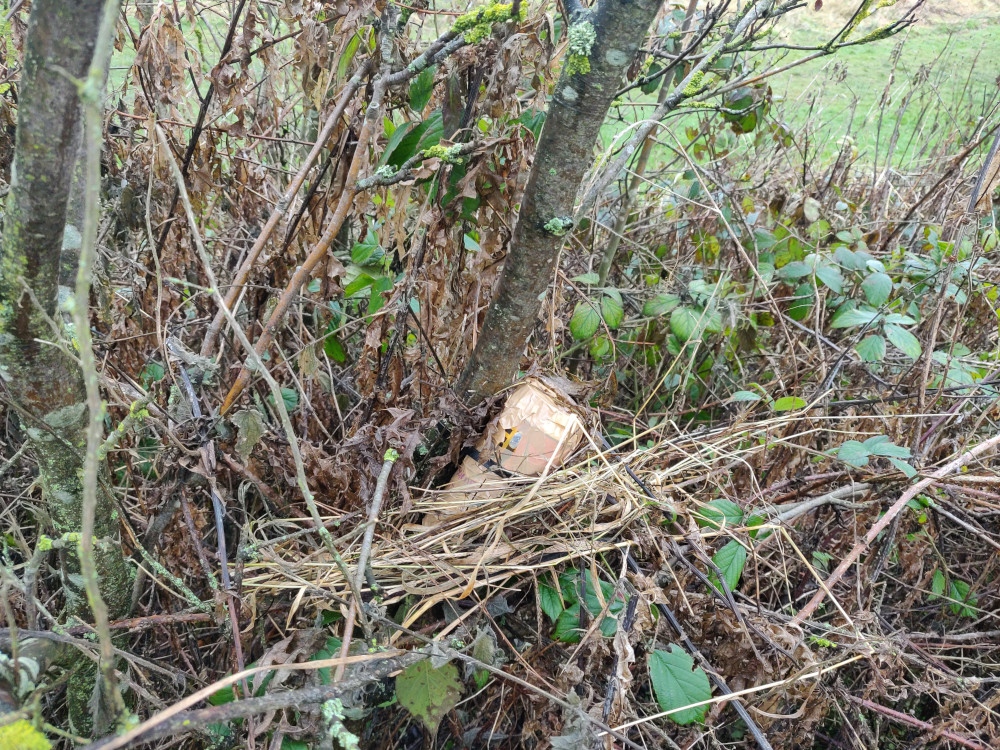 I was given some photo sensetive paper which is exposed in about 15 minutes in bright sunlight. I’ve experimented with occluding the sun (with plants) and focusing the sun with a big chunk of glass. 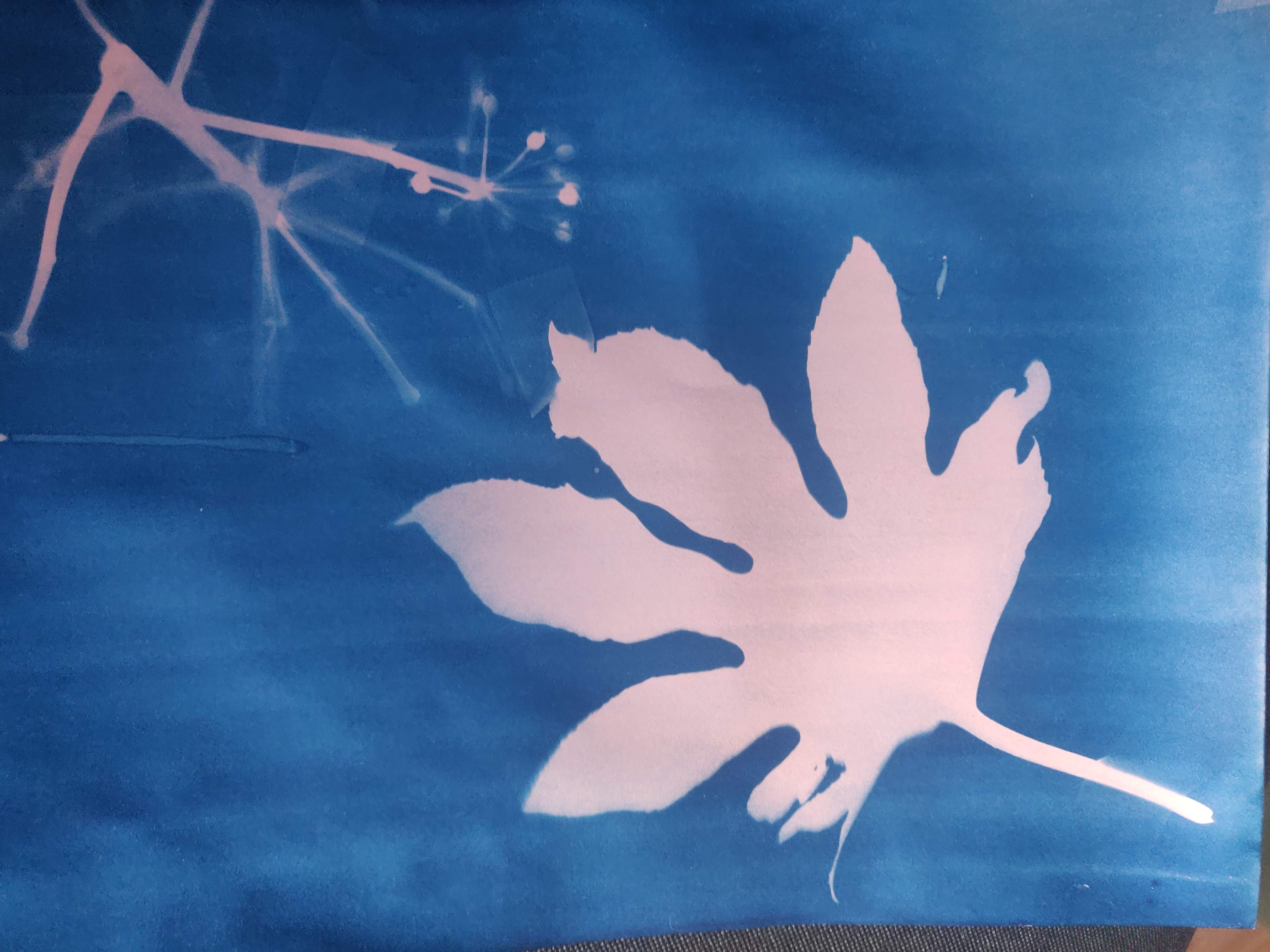 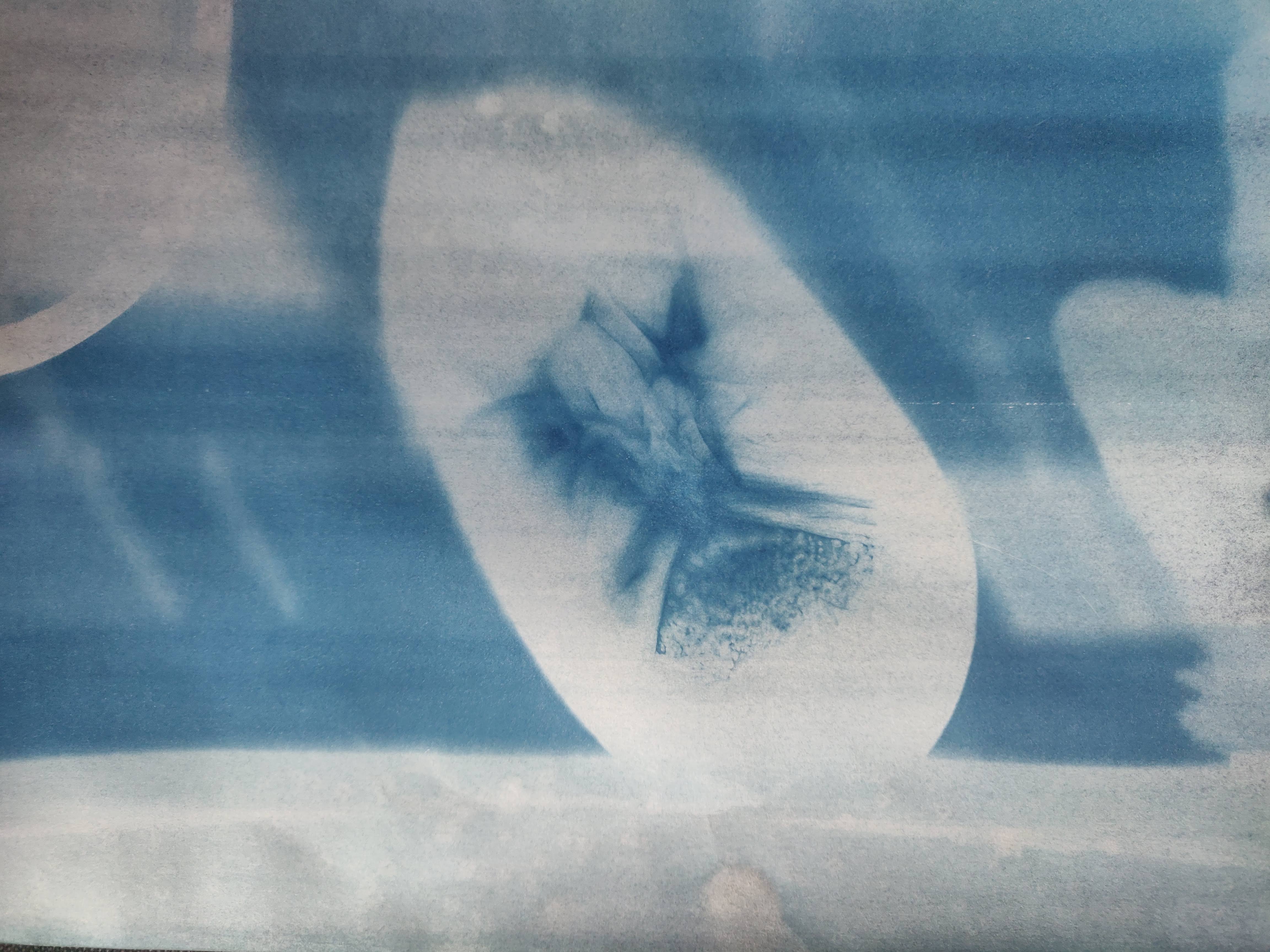